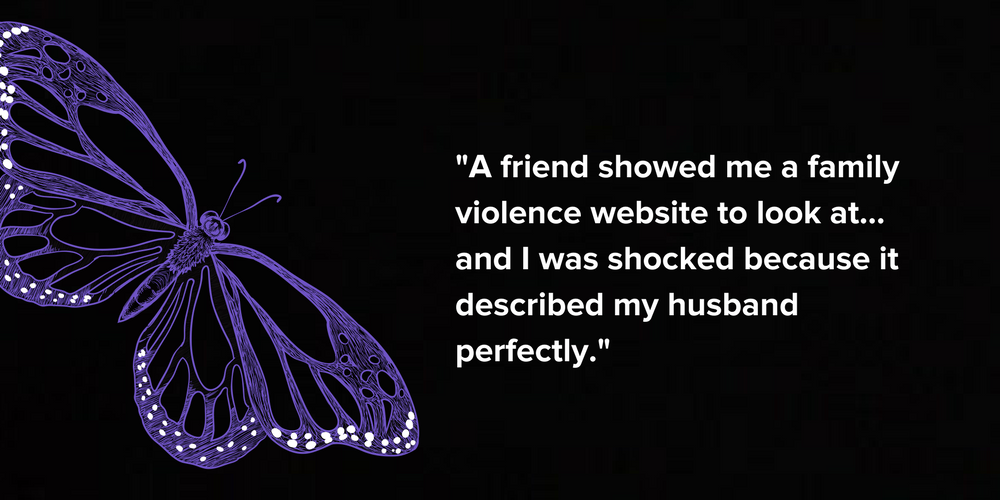 I would like to give you a glimpse in to the world I lived in for 29 years.

I met the man of my dreams, the man I had been looking for. There were lightning bolts. He swept me off my feet and I loved him. We married, we moved to an area in which he had always wanted to live, which also meant moving away from my friends.

We decided to have our first child, I stopped working as my abuser said, “I’m an old fashioned guy – you don’t need to work”. He ran the family business and did all the finances as he said, “It’s easier that way”. I went on to have two more children, my kids all went to prestigious private schools and I lived a very comfortable lifestyle.

But I was not really happy and I never seemed to be able to do anything right.

I was also often petrified of my husband. He was always unpredictable and always angry.

He read my texts, which according to him, he was “justified to do”.

He answered emails for me. I couldn’t even talk on the phone without him commenting in the background during the conversation.

He constantly wanted to know where I was, who I was with and what I was doing. He controlled all the money. In the 25 years of marriage, I went away three times on my own as he wouldn’t let me go anywhere.

Then one day, a friend showed me a family violence website to look at as she was concerned about her relationship with one of her kids. I read it and I was shocked because it described my husband perfectly.

I thought, ‘How could this be me? That’s not me!’ Followed very closely by, ‘How could I be so dumb?’

When I did leave things got worse.

He closed down bank accounts and changed the locks on our family home. When I requested through lawyers to collect some of my possessions he packed them in boxes and I didn’t even get the possessions I asked for.

I found the Survivor Advocate training to be a wonderful experience, just talking to other women who have been in similar circumstances to me was priceless, and made me feel less isolated.

To anyone reading this who is experiencing abuse…

I would strongly advise to arm yourself with as many support avenues as possible. Have money hidden along with any documentation you can get hold of. I would also recommend you connect with a councellor who specialises in family violence.

I have never regretted my decision to leave and can’t believe how good my life now is – it’s awesome.

A pseudonym has been used in this story to protect the identity of the Survivor Advocate.

safe steps recognises that survivors have been among the most powerful activists for change regarding societal attitudes towards family violence. By courageously sharing their stories, survivors have raised community awareness about abuse in the home, and pushed for important political and sector reforms.

We share the stories of some of our safe steps Survivor Advocates to ensure their powerful experiences are heard by even more people, and honour the important contribution each woman has made as an advocate and an activist.