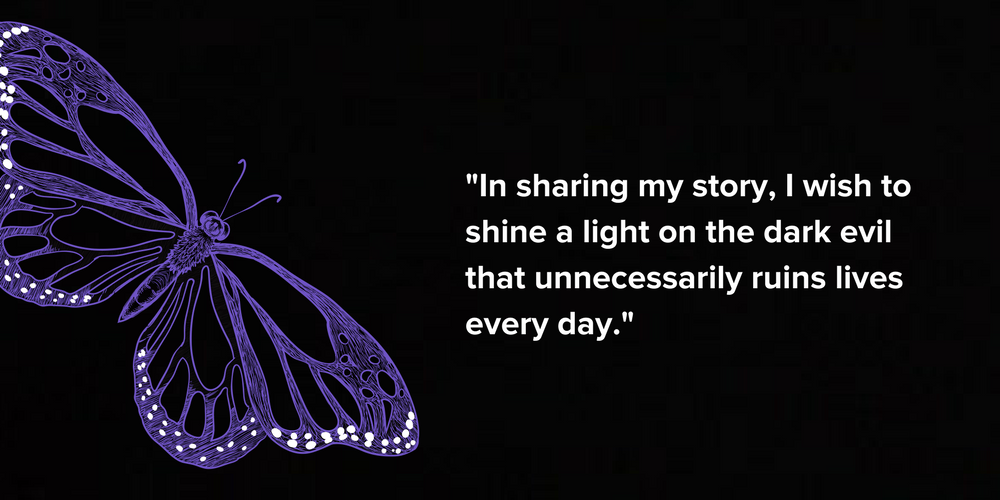 My relationship with my abuser started after I bought a house in the street he lived in, with his parents. He was my neighbour.

When we met, my abuser appeared kind, gentle and claimed to be genuinely committed to his family. He told me he was supporting his family through a financial crisis, resulting from a failed family business. His words appealed to my values, I believed him and started seeing him.

He claimed to be a “business man”, but I soon realised he was actually unemployed.

There were a few occasions when I tried to end our dating relationship, to which he responded by pursuing me relentlessly, sending me cards, flowers and, one time, even sleeping on my doorstep until I let him in.

He attributed all his problems to the “family business” and blamed them for his financial situation.

He was a captivating story teller and I bought into his vision of our future together. When we married, he had no assets but lots of debts. I had a house, a career and money in the bank. I was convinced that we could work as a team, towards the picture of the idyllic family life that he painted.

I was busy with a well-paying job and life seemed to be good. But it was only good as long as everything went his way.

Slowly, my life began to revolve around him and his needs.

He would go out to footy, golf or fishing, but would sulk for days if I was not home when he returned. He alternated between sulking and getting angry to get me to do what he wanted. Without realising, I fell into a pattern of wanting to do whatever it took to keep him happy.

In hindsight, the signs of control were there from the first date.

It was a date with all the red flags flying, and even though I did feel discomfort at a gut level, I was also deeply flattered at his attention and interest in me. I did not see, or understand, the warning signs.

Throughout our relationship he would spend money, regardless of whether he had it or not (and usually he didn’t) and expect that I would take care of it (which I always did). He also had a gambling problem, of which I was unaware at the time.

Once the children came along, he would frequently target them whenever he was angry but would always blame me.

When my youngest son was three, I tried to end the relationship and my abuser became very violent. He never apologised for what he did and the fear made me very compliant to him.

I lived with anxiety and dread all the time.

He would stonewall me and pretend that he could not hear me when I spoke to him. He would frequently do this in front of the children.

He controlled what I wore. He always wanted me to look nice, but not too nice. After the birth of my first child he told me that if I did not lose the baby fat, he would take a knife and slice it off because he did not want a fat wife. He would also tell me that he would kill me if I had an affair and, if I left, I couldn’t take the children or anything else.

To the world we looked like a normal family, my abuser looked like a nice family man and he would play the part in public. Behind closed doors, the abuse was constant and we lived at the mercy of his whims.

Life was chaotic and anxiety filled.  He was getting progressively meaner and indifferent to the pain and suffering he was causing to me and the children. He was frequently unemployed and his gambling got worse over the years.

To anyone reading this who is experiencing abuse…

My advice to others living with violence is, if possible, have a plan. I left when the fear of staying became greater than the fear of leaving, with courage that was based on the years of planning and putting in place resources, both personal and financial, to enable my escape. It was this that got me through.

In sharing my story of family violence, I wish to shine a light on the dark evil that unnecessarily ruins lives every day.

safe steps recognises that survivors have been among the most powerful activists for change regarding societal attitudes towards family violence. By courageously sharing their stories, survivors have raised community awareness about abuse in the home, and pushed for important political and sector reforms.

We share the stories of some of our safe steps Survivor Advocates to ensure their powerful experiences are heard by even more people, and honour the important contribution each woman has made as an advocate and an activist.